The KC Stars are excited to announce that Tom Tilley has been appointed as the Stars Hockey Director for the 2009-10 season. Tom will be responsible for overseeing all hockey related aspects of our program at the travel, house select and house levels. He will be coordinating coaching selection, education and certification. He will be organizing and supervising all travel, select and house evaluations and team selections. Tom will be communicating with players and parents to establish clear goals and expectations consistent with those promoted by USA Hockey.

Tom brings a wealth of experience and talent to our program. He played four years of college hockey at Michigan State, including the 1986 NCAA national championship team. He played professional hockey for twelve years, including four seasons with the St. Louis Blues in the NHL. He also played extensively in the IHL and in Europe. Tom was selected to the Canadian National Team in 1991-92.

Tom has been instrumental in coordinating and coaching for the Stars’ house and house select programs at the mite and squirt level. His select teams have been the Midwest Hockey League champions the past two seasons.

Tom’s goal is to focus on organization, communication and implementation of a comprehensive program aimed at player development and participation, coaching support and education and establishing clear goals and expectations for all players and their families. We believe Tom will be an integral part of the continued growth and success of KC Stars Hockey in providing a fun and rewarding experience for our players and our families.

Tom Tilley may be contacted at ttilleyx4@aol.com. 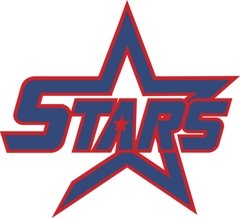